My Dog Ate A Mouse: What Should I Do Now?

Mice are nothing more than raw meat to dogs, which explains why they might be attracted to them.

If your dog ate a mouse, the danger is not the mouse itself, but rather if it was poisoned or not. In fact, there are several types of rodenticides on the market and not all of them have antidotes that can be used to save your dog.

What should you do if your dog ate a dead mouse? 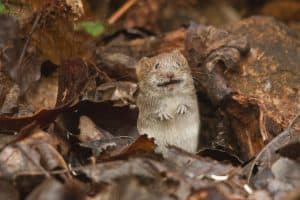 Mice aren’t inherently dangerous to dogs. Canines in nature have been eating raw meat for thousands of years, it’s in their DNA.

Of course, if you want to add raw meat to your dog’s diet you should do so gradually, but the occasional wild snack isn’t a threat to their life.

However, mice can be sometimes insidious, and even if your dog ate a rat that was running around in the backyard, it would be wise to give a call to your vet and make them aware of the situation.

What if your puppy eats a mouse?

In some cases, eating a mouse can be risky for your puppy. There are actually tons of records of puppies eating mice they found in the home garden or on the road and it’s not something to worry about most of the time.

The main concern when a puppy eats a mouse is the size of the latter. In fact, big mice could cause gastrointestinal obstruction, which is dangerous for pets of any size and age.

Even if your puppy doesn’t show immediate signs of discomfort, your veterinary should be alerted and you should monitor your pooch to see if they show symptoms such as vomiting, anorexia, or abdominal pain.

If they do, you should reach your nearest pet hospital because your puppy might need surgery. If not, they should be able to pass it without problems.

What should you do if your dog ate a dead mouse that was poisoned? 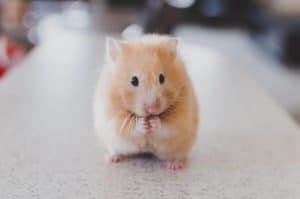 The real danger brought by mice is about what they’ve eaten before they were caught by your dog.

If your dog or your puppy ate a dead mouse, you should wonder what it was that killed them in the first place. The answer in most cases is rat poison.

Rat poison is as dangerous to dogs as it is to mice. Unfortunately, there is no homemade remedy for it. The only thing you can do if you suspect that your dog might have eaten a dead rat is to reach the nearest veterinary.

The same thing goes for rat droppings because they might contain traces of poison. Not to mention, mouse feces also contain bacteria that might result in intestinal worms and toxoplasmosis.

If your dog ate mouse poop, you can call the Pet Poison Helpline and bring them to the nearest clinic. When you go, remember to bring along documents of your dog’s medical history (if it’s your first time at the clinic), the package of the poison (if you have it), and any remnants of the poison you can find.

Signs of intoxication by rat poison in dogs.

Sometimes you might not be aware that your dog ate a mouse, so you won’t know there is something wrong until symptoms start to show up.

There are several different rodenticides out there and each one has a different level of toxicity that manifests through different symptoms. If you’re not sure what the active ingredient of the poison is, bring the poison package with you or call the Pet Poison Helpline so that they can help you identify the type of poison.

Most commons rat poisons your dog might have eaten.

Identifying the poison will be fundamental in order to give the correct treatment to your dog.

Rat poison based on zinc and aluminum phosphides is dangerous to both dogs and to humans who happen to come in contact with it.

Once ingested, these phosphides will release gas in the stomach. Given that food will increase the amount of gas inside your dog’s stomach, it’s recommended not to feed your dog after they ingested this kind of poison.

There is no antidote for this poison, so you should bring your dog to the vet where the situation will be evaluated. Antiacids might help reduce the amount of gas after ingestion.

As the mere inhalation of this gas is a danger to humans as well, you shouldn’t try any procedure at home, like inducing vomiting. If your dog vomits on the way to the vet, make sure to roll down all windows to prevent inhaling the poison.

LAACs are the most common type of poison and work in a similar way to humans’ anticoagulants as they prevent your dog’s blood from clotting. This poison will lead to internal bleeding, but unfortunately, it might take up to 5 days before your pet shows any symptoms.

Symptoms of internal bleeding include pale gums, weakness, lethargy, low energy and less often bleeding from the nose, the gums, or in the stools.

Luckily enough, this type of poison can be treated with the administration of Vitamin K1. However, simple medication or administration of food containing this vitamin will not be enough, so you should bring your dog to the veterinary who will provide the right dose of antidote to your dog.

Not all LAACs have the same margin of safety and the age and medical history of your dog also plays a role in this instance. Very young or very old dogs and dogs that have prior liver or gastrointestinal issues are more at risk of intoxication when ingesting this type of poison.

This type of rat poison is among the most dangerous and lethal because it causes cerebral edema, which happens when fluids fill up space around the brain, increasing the pressure on it and subsequently blocking the blood supply to the brain. Blood carries oxygen and a lack of oxygen in the brain leads to the death of the cells.

This poison has a long-lasting effect and it’s dangerous to even in small doses. Symptoms of brain swelling include vomiting, vision loss, ataxia, seizures, and paralysis. If not treated, it will eventually lead to the death of the patient.

Your dog will have to stay in the clinic for a few days and will be treated with activated charcoal for decontamination and other specific drugs that decrease the edema.

The signs for this kind of intoxication usually show up quickly, as soon as 2 hours following the ingestion, but they can be delayed up until 36 hours after the ingestion, so you should monitor your dog closely for the first 24 hours.

Cholecalciferol, or Vitamin D3, is the most dangerous type of rat poison currently on the market.

It causes high levels of calcium and phosphorus in your dog’s body, which leads to severe kidney failure. The symptoms include increased thirst, lethargy, lack of appetite, and halitosis which can be sometimes overlooked or not deemed serious enough.

Unfortunately, kidney failure will follow after only 2 or 3 days from ingestion and this usually means permanent damage to the body, so if any of the aforementioned symptoms show up, immediately bring your dog to a professional.

Treatment for this type of poison is really hard and costly, as it often includes hospitalization, several examinations, and expensive therapies. However, there’s a chance of recovery if treated quickly, so if you suspect that your dog might have ingested Vitamin D3, rush them to the nearest clinic.

How to prevent your dog from eating mice again. 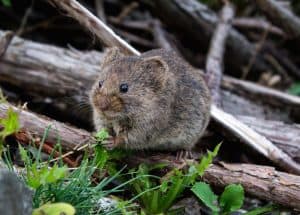 Unless you have mice running through your house, it’s pretty easy to prevent your dog from eating a mouse. The first thing to do is to never leave them unsupervised in an open space or during your daily walks.

Given that the main risk related to eating mice is rat poison, avoid having rodenticides on your property and if you’re forced to have them, put them in places your dog can’t reach or confine your pet in a safe space for as long as you use them. Always keep the poison package, just in case.

When your dog is out of your property, they should be supervised at all times. You should also prevent them from roaming around when you’re not home by building up a fence in your yard. You never know when your neighbors might be using rat poison on their properties.

Dogs can eat mice, but they shouldn’t. Unless you’re personally feeding mice to your dog like you would do to a snake, which I doubt you would ever do, don’t let them eat mice in the wild.

Wild rats are bound to visit many places and eat many things. Even if they don’t get poisoned, you never know what your dog might ingest when they eat one.

If your dog ate a mouse, the first thing to do is always to call the emergency hotline or a professional. Don’t try anything on your own, not even procedures you’ve done successfully in the past.

Your pets require your utmost attention. Keep them safe.